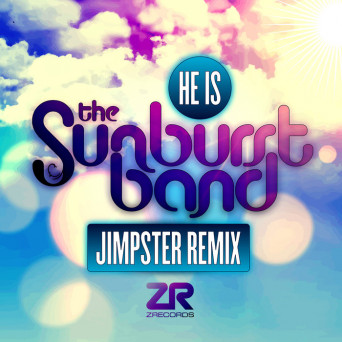 We got the Freerange boss in to remix the classic Sunburst Band track ?He Is?. The mighty Jimpster has turned in a rich & sublime mix that truly deserves to be called Deep House. Warm Rhodes licks twinkle over deep kicks, dubbed out guitars and hazy echoes. The whole track is drenched in Jimpster’s deft touch as a producer and we think this is one of his best remixes. A Heavenly rework you might say. Dave Lee has also loaded his classic version into the mixing desk for a brand new remaster.

Second time around for the Sunburst Band’s ‘He Is’, a track that first featured on the revivalist disco, soul and jazz-funk outfit’s 2004 album The End of Time. This time round the headline attraction is a fresh revision from Freerange co-founder Jimpster, who combines snippets of the band’s rich, organic instrumentation with his own drowsy late-night chords, tough beats and booming bass to deliver a properly driving, ultra-deep club rocker. Those who like energy and dreaminess will love it. The EP also offers another chance to listen to band founder Dave Lee’s 2005 ‘Club Mix’, a rather fine fusion of bustling deep house and glassy-eyed jazz-funk flourishes that boasts some seriously soaring improvised vocals and synth solos to die for.