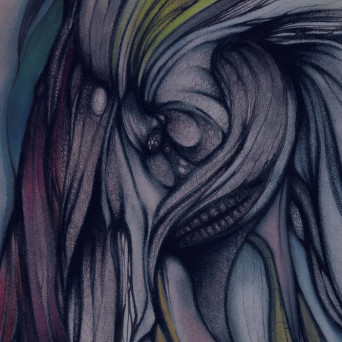 The record is his first bonafide 140bpm record and a staggering body of work that shows the genius levels of one of electronic music’s most respected auteurs. Across the 13-tracks, he transcends through space and time, creating music that will take the listener on a weighty sonic journey.

All of the tracks on the record have been road-tested in Calibre’s DJ sets over the last 2/3 years with many of them being sought-out by his hardcore fans. It was only a matter of time then that he put them out for all to consume. With a nod to the dancefloor, the clear idea for the album came about following the release of his most personal album to date ‘Planet Hearth’. “It still works in the headspace but ultimately it’s been written for the sweaty club experience we miss now, also after an album like Planet Hearth it felt very liberating to do,” he remarks. When writing albums, he often just puts it down to the general chaos of life, not citing any one influence but generally just waits to see what comes. With one of the tracks on the album written 7 years ago on the island of Valentia, It became a project that he spent the intervening years collecting tracks for, not really knowing when he was going to put it together as an album. “The whole album is special to me, everything on there has import and meaning beyond for me, I have spent much time on all these and hope they are special for other people too.”

Dominick Martin – shows no sign of slowing down. As a producer, DJ, songwriter, multi-instrumentalist and painter, he is one of the most unique and inspiring living artists. With a career spanning two decades, his ability to remain underground whilst being one of the most-respected is testament to who this enigmatic artist is. To this day, he has never been remixed and has a seriously impressive amount of unreleased music under wraps. With everything on hold and gigs on the backburner, this record is exactly what the world needs right now.